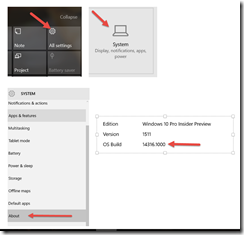 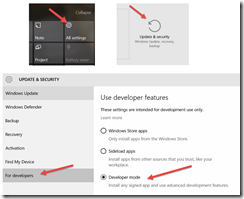 I’m a Windows guy.  That’s my job, that’s what the family runs, so that’s what I do.  But I’m fascinated by Linux, and I appreciate a lot of the rethinking the Linux crowd has done.  One of the more popular distributions of Linux is Ubuntu, and it’s supported by several virtualization programs.  Two that I have in my hands are Virtual PC and Parallels.  Since I’m pretty deep into Windows work, I’d rather virtualize Ubuntu, as opposed to a dual boot, and dedicating hardware is out of the question right now.

So, after installing and using Ubuntu 7.10 (Gutsy Gibbon) under both Virtual PC and Parallels, my winner is Parallels.  Here are a few reasons why:

Installation under Parallels was much smoother than Virtual PC.  In both cases, I simply reassigned the CD Drive to the ISO, changed the default HDD space and booted into the Live CD.  From there, I ran the installer program to install Ubuntu.  Parallels needed no additional configuration, but for Virtual PC, I had to enable a boot script to make the mouse work.  There were times where installation under Parallels had hung up, but waiting a minute or two and it picked back up again.

Operation under Parallels is also much smoother.

As with installation, I had to make some boot script changes in order for the mouse to work under Virtual PC.  Thankfully someone had gone through this already and blogged about it, because I’m not at the level where I can figure these things out yet.  Also, there seems to be a somewhat random local echo when I press a key under Virtual PC.  When I hit a key, it may show up as if I pressed it 2 or 3 times.  This doesn’t happen under Parallels.

The mouse issue seems to be more a fault of Linux than Virtual PC, since the mouse was being reported as a PS/2 mouse.  My mouse is really a USB mouse, which is picked up differently by Parallels and Ubuntu.  But the echo thing is driving me crazy.

Finally, performance.  Performance of Ubuntu under Parallels is much snappier than Virtual PC.  I can’t load up all the snazzy desktop effects under either, but that’s OK, all I want to do is learn more about Linux.

One major difference, and this may be a deal breaker for many, is that Virtual PC 2007 is free, while Parallels isn’t.  I have Parallels because Lunarpages hooked their webmasters up with a free copy.

Overall, I’m looking forward to working with Linux more now that I have an environment which makes it easy to work with.